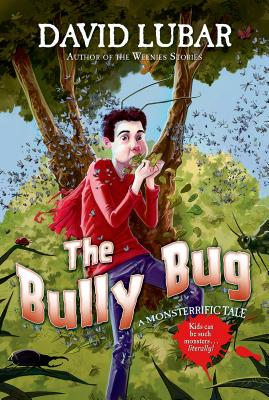 There's something strange going on at Washington Irving Elementary School. Kids are turning into monsters—literally!

Lud Mellon gets bitten by a bevy of bugs in his basement and the next thing he knows, he's crawling up walls, drooling on his food, and rolling around in garbage. Turning into a giant insect seems fun at first, almost like having superpowers. But when his dad calls in the exterminators, Lud has to figure out how to stop his transformation before he gets squashed like a bug.
"This book will talk itself right off the shelves, and reluctant readers will devour it."—School Library Journal on The Curse of the Campfire Weenies

“Lubar kicks off his six-book series of kids-as-monsters tales with an uncomplicated meditation on good vs. evil that riffs on Jekyll and Hyde…. Fans of Lubar's Nathan Abercrombie zombie series will find much to like here.” —Kirkus Reviews on Hyde and Shriek

“Lubar puts the emphasis on comedy, not chills, in a story that slots nicely between The Strange Case of Dr. Jekyll and Mr. Hyde and Miss Nelson Is Missing!” —Publishers Weekly on Hyde and Shriek