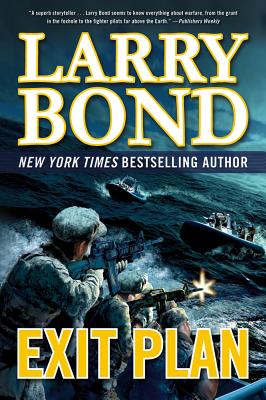 Jerry Mitchell is on exercises off the coast of Pakistan when his submarine, the USS Michigan, is ordered to a rendezvous off the Iranian coast. Once there, disembarked SEALs---experts in seaborne commando operations---are to extract two Iranian nationals who have sensitive information on Iran’s nuclear weapons program.

While en route to shore, Michigan’s mini-sub suffers a battery fire, killing one crew member and forcing the survivors---four SEALs and LCDR Mitchell---to scuttle their disabled craft and swim for shore. There they find the two Iranians waiting for them, but their attempts at returning to Michigan are thwarted by heavy Iranian patrol boat activity. When agents of Iran’s secret police, VEVAK, appear, escape seems all but impossible.

When Mitchell and his men find themselves surrounded by Iranian Revolutionary Guards Corp troops, they create a bold plan to escape by sea. It’s a desperate gamble, but it’s the only way to get proof of the Iranian plot to the U.S. . . . and prevent a devastating new war.

Larry Bond is the author of numerous "New York Times "bestselling thrillers, including "Cold Choices, Vortex, Cauldron"," " and "The Enemy Within." He's worked with Jim DeFelice on the Larry Bond's First Team series, as well as the Larry Bond's Red Dragon Rising series. A former naval intelligence officer, warfare analyst, and antisubmarine technology expert, he makes his home in Springfield, Virginia.
Loading...
or
Not Currently Available for Direct Purchase