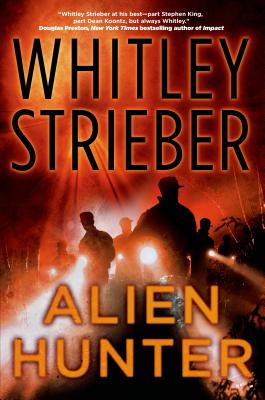 A young wife disappears in the night, never to be seen again. There is no evidence of kidnapping—in fact, everything indicates that she left on purpose. Her husband, a brilliant police detective, cannot believe this—but he also can't find her.

Flynn Carroll's lost love becomes his obsession. He begins amassing a file of similar cases nationwide. His conclusion is unavoidable: somebody is taking people and making it look like they walked out on their own. As Flynn's case files grow, his work comes to the attention of Special Agent Diana Glass, a member of the most secret police unit on the planet. This police force seeks the most brilliant and lethal criminals who have ever walked free—thieves and murderers from another world.

Without fully understanding what Glass and her team are doing, Flynn steps into a hidden world of extraordinary challenge and lethal danger. The job is the most difficult police assignment ever known to man, but the idea is the same—find the bad guys. Stop them.

“In Alien Hunter, the trope of aliens on Earth is refitted to provide enough suspense to keep any reader interested. Even those who usually stay away from alien fantasy will be drawn to this reality-based novel. The characters are complex and surprising at various points in the novel, and just when the book begins to feel predictable, Strieber adds another twist. His excellent storytelling will keep readers guessing until the very end.” —RT Book Reviews

“Whitley Strieber at his best--part Stephen King, part Dean Koontz, but always Whitley. Pulse-pounding action and a perplexing puzzle but most of all Alien Hunter has real feeling--a heart as big as the Ritz.” —Douglas Preston, #1 New York Times bestselling author of Impact

WHITLEY STRIEBER is the author of over twenty novels and works of nonfiction among them The Wolfen, The Hunger, Communion, and The Coming Global Superstorm (with Art Bell), which was the inspiration for the film The Day After Tomorrow.