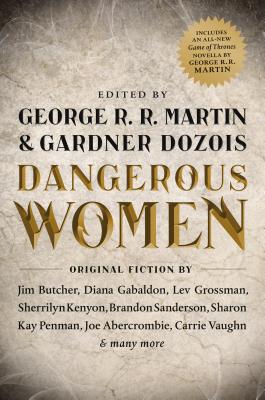 The World Fantasy Award-winning collection of stories featuring the best and the bravest females across genre fiction.

All new and original to this anthology, the twenty-one stories in Dangerous Women include work by twelve New York Times bestsellers, and seven stories set in the authors' bestselling continuities--including a new "Outlander" story by Diana Gabaldon, a tale of Harry Dresden's world by Jim Butcher, a story from Lev Grossman set in the world of The Magicians, and a 35,000-word novella by George R. R. Martin about the Dance of the Dragons, the vast civil war that tore Westeros apart nearly two centuries before the events of A Game of Thrones.