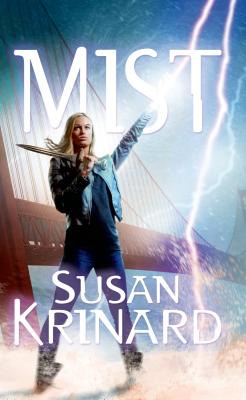 Mist lives a normal life. She has a normal job, a normal boyfriend, and a normal apartment in San Francisco. She never thinks about her past if she can help it.

She survived. That's the end of it.

But then a snowy winter descends upon San Francisco. In June. And in quick succession, Mist is attacked by a frost giant in a public park and runs into an elf disguised as a homeless person on the streets…and then the man Mist believed was her mortal boyfriend reveals himself to be the trickster god, Loki, alive and well after all these years.

Mist's normal world is falling apart. But thankfully, Mist isn't quite so normal herself. She's a Valkyrie, and she's going to need all her skill to thwart Loki's schemes and save modern Earth from the ravages of a battle of the gods.

“A master of atmosphere and description.” —Library Journal on Susan Krinard

“Impossible to put down.” —Booklist on Lord of the Beasts

“Krinard's readers will be captivated.” —Publishers Weekly on Touch of the Wolf

“An extraordinary story.” —RT Book Reviews on Secret of the Wolf

SUSAN KRINARD is the author of twenty-seven fantasy and paranormal romance novels, including Mist, and eleven novellas. Krinard grew up in the San Francisco bay area. She currently lives in Albuquerque, New Mexico, with her husband Serge Mailloux, two cats, and three dogs.
Loading...
or support indie stores by buying on