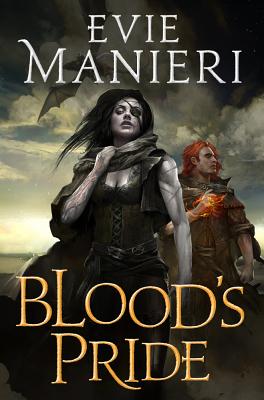 Rising from their sea-torn ships like vengeful, pale phantoms, the Norlanders laid waste to the Shadar under cover of darkness. They forced the once-peaceful fisher folk into slavery and forged an alliance with their former trading partners, the desert-dwelling Nomas tribe, cutting off any hope of salvation.

Now, two decades after the invasion, a rebellion gathers strength in the dark corridors of the city. A small faction of Shadari have hired the Mongrel, an infamous mercenary, to aid their fledgling uprising but with her own shadowy ties to the region, she is a frighteningly volatile ally. Has she really come to lead a revolution, or for a more sinister purpose all her own?

Set in a fictional quasi-Medieval Mediterranean region with a strong cast of male and female characters, the series "presents a striking world with civilizations similar to those of the Vikings and the nomadic cultures of the Middle East, and with the Mediterranean sensibilities of the ancient Greeks. Her characters are passionate and memorable, lending a personal touch to a complex tale of clashing cultures and philosophies. Fans of Sharon Shinn, Elspeth Cooper, and Gail Z. Martin should enjoy Manieri's approach to culture and drama." ("Library Journal," starred review)

EVIE MANIERI has a degree in Medieval History and Theatre from Wesleyan University. Blood's Pride is her first novel. She lives with her husband and daughter in New York City.

“Plot and pacing to leave you breathless, characters you will treasure—a terrific debut!”
—Melanie Rawn, author of Touchstone


“Eve Manieri deftly portrays three clashing cultures about to be torn apart by violent rebellion. Against the background of war and revolution, three mismatched couples struggle to stay true to their families, themselves, and the ones they love. I found myself deeply engrossed in this fast-paced tale of honor and betrayal, hope and despair, secrets, revelations, and a whisper of divine magic.”
—Sharon Shinn, author of Troubled Waters


“Intrigue, betrayal and old rivalries play out against the fires of revolution.  Hang on for a wild ride!”
—Gail Z. Martin, author of The Dread: Book Two in The Fallen Kings Cycle


“This clever take on epic fantasy, filled with unexpected twists and turns right to the end, will undoubtedly appeal to fans of Michelle West and Patricia Bray.”
—Rachel Neumeier, author of the Griffin Mage Trilogy