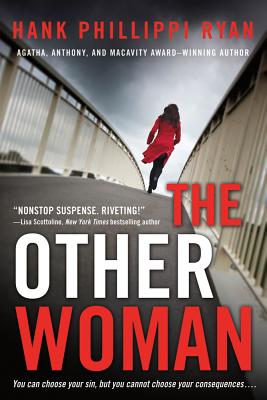 The Other Woman (Jane Ryland #1)

“Political scandals, power plays, and deception -- the twists and turns in this first of a new series will leave you gasping and wanting more. Jane Ryland, a rising young reporter, is scarred from the fallout of protecting a source, but she still delves into the biggest story gripping Boston: Who is killing young women and leaving them under bridges, and why? And just who is the 'other woman?' Agatha, Anthony, and Macavity award-winner Ryan's writing is compelling, and her insight into the characters creates a gripping page-turner that will leave you eager for the next chapter in the life of Jane Ryland.”
— Joan Lang, Front Street Book Shop, Scituate Harbor, MA
View the List

Jane Ryland was a rising star in television news…until she refused to reveal a source and lost everything. Now a disgraced newspaper reporter, Jane isn't content to work on her assigned puff pieces, and finds herself tracking down a candidate's secret mistress just days before a pivotal Senate election.

Detective Jake Brogan is investigating a possible serial killer. Twice, bodies of unidentified women have been found by a bridge, and Jake is plagued by a media swarm beginning to buzz about a "bridge killer" hunting the young women of Boston.

As the body count rises and election looms closer, it becomes clear to Jane and Jake that their cases are connected…and that they may be facing a ruthless killer who will stop at nothing to silence a scandal.

Dirty politics, dirty tricks, and a barrage of final twists, The Other Woman is the first in an explosive new series by Hank Phillippi Ryan. Seduction, betrayal, and murder—it'll take a lot more than votes to win this election.


Praise For The Other Woman (Jane Ryland #1)…

“If you haven't read Hank Phillippi Ryan yet, you should, and The Other Woman is the perfect place to start. A killer plot, compelling characters, and nonstop suspense. Riveting!” —Lisa Scottoline, New York Times bestselling author

“The Other Woman does everything a great suspense novel should… Ryan raises the bar sky-high--I knew she was good, but I had no idea she was this good.” —Lee Child, New York Times bestselling author

“Nonstop action, written from the rare perspective of one who knows the news business from the inside out… Ryan grabbed me on page one. As current as today's headlines, The Other Woman is a wholly entertaining read. Just when you think you know it all, Ryan surprises with another twist.” —Sandra Brown

“A thriller that twists so fast it'll leave you gasping. If you think you know where this story's going, you don't --but I promise, you won't want to wait to find out. Hank Phillippi Ryan is a star.” —Joseph Finder, New York Times bestselling author