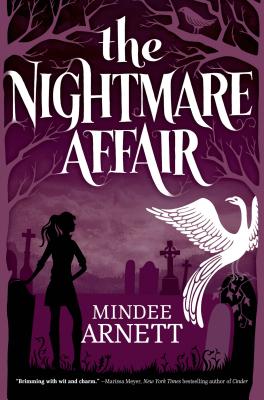 The Nightmare Affair is the first in a gripping new urban fantasy trilogy by Mindee Arnett.
Sixteen-year-old Dusty Everhart breaks into houses late at night, but not because she's a criminal. No, she's a Nightmare.

MINDEE ARNETT lives on a horse farm in Ohio with her husband, two kids, a couple of dogs, and an inappropriate number of cats. She's addicted to jumping horses and telling tales of magic and the macabre. Her short stories have appeared in various magazines. Arnett has a Master of Arts in English literature with an emphasis in Creative Writing. She blogs and tweets, and is the author of the Arkwell Academy series, including The Nightmare Affair, The Nightmare Dilemma, and The Nightmare Charade.
Loading...
or
Not Currently Available for Direct Purchase