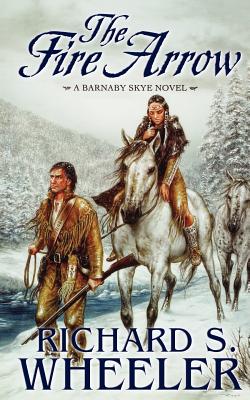 Barnaby Skye, the most durable and unforgettable character in modern Western fiction, returns in this harrowing tale of survival from his early years in the Rockies.
In the midst of a brutal winter, Skye's beloved Crow Indian wife, Victoria, is critically wounded when a Blackfeet raiding party attacks a Crow hunting camp. Despite Skye's attempts at doctoring, Victoria's life hangs in the balance as the two, left alone in the frozen wilderness, struggle to survive cold and starvation.
Miraculously, an old mare and her foal wander into their camp. Victoria believes they have been sent by her spirit guide, and finds the strength to ride. Skye and his wife make their way toward Victoria's home village on the Musselshell River. Breaking winter trail is a slow and laborious process, but at the end of the journey they will find peace. Or will they?
Skye's love of whiskey puts his life, and Victoria's, in peril when they encounter a renegade band of Yankee traders taking a wagon-load of a cheap and poisonous raw alcohol to trade among the Indians. Their leader, a former West Point officer, forces Skye to guide them, but all the while the legendary mountain man plots to ruin their deadly enterprise.
In The Fire Arrow, Richard S. Wheeler has fashioned an unforgettable tale of love and survival in the unforgiving wilderness of the American West.

“Skye is one of the most memorable figures in western fiction.” —Tulsa World

“Wheeler's westerns just keep getting better and better. [He] is a master of character and plot, and this novel showcases his talents at their peak.” —Publishers Weekly (starred review) on Downriver

“One of the most versatile of western fiction writers, Dick Wheeler turns in another beautifully crafted novel featuring his prickly mountain man.” —Amarillo News-Globe on Going Home

“A love story told in terms as ruggedly beautiful as the mountain country in which it is set. . . . Wheeler has a sharp eye for detail and writes prose worth savoring.” —Booklist on Dark Passage

“Wheeler is a master storyteller whose many tales of the Westward Movement...weaves fact, fiction, and folklore into pure entertainment.” —Library Journal

“Wheeler is among the two or three top living writers of western historicals – if not the best.” —Kirkus Reviews