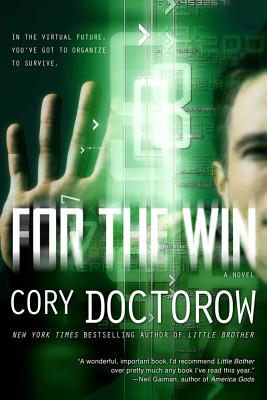 It's the twenty-first century, and all over the world, MMORPGs are big business. Hidden away in China and elsewhere, young players are pressed into working as "gold-farmers," amassing game-wealth that's sold to Western players at a profitable markup. Some of these pieceworkers rebel, trying to go into business for themselves—but there's little to stop their bosses from dragging them back into servitude. Some of them, like young Mala in the slums of Bombay—nicknamed "General Robotwallah" for her self-taught military skill—become enforcers for the bosses, but that only buys them so much.

All the way over in L.A., young Wei-Dong, obsessed with Asian youth culture and MMORPGs, knows the system is rigged, knows that kids everywhere are being exploited. Finally, he and his Asian counterparts begin to work together to claim their rights. Under the noses of the ruling elites, they fight the bosses, the game owners and the rich speculators, outsmarting them with their street-gaming skills. But soon the battle will spill over from the virtual world to the real one, leaving the young rebels fighting not just for their rights, but for their lives….

“Doctorow is indispensable. It's hard to imagine any other author taking on youth and technology with such passion, intelligence, and understanding.” —Booklist, starred review on The Win

“For the Win is not a perfect book—merely a glorious one.” —The Seattle Times on The Win

“A rousing tale of techno-geek rebellion--as necessary and dangerous as file sharing, free speech, and bottled water on a plane.” —Scott Westerfeld, Author of Uglies, Pretties, and Specials on The Win

“A wonderful, important book...I'd recommend Little Brother over pretty much any book I've read this year.” —Neil Gaiman, author of The Graveyard Book on Little Brother