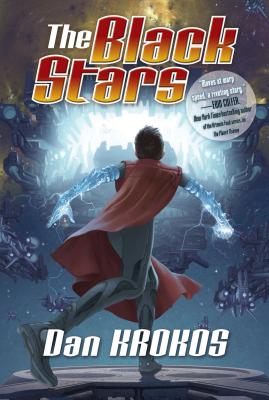 Mason Stark has a problem with minding his own business. This worked to his advantage when he helped bring peace between humans and the alien Tremist. He's now considered an intergalactic hero, but that hasn't made school any easier. With his new reputation, any bully with something to prove wants to fight him.

With the new peace treaty on shaky ground, Mason is called upon to infiltrate the Tremist school for soldiers. Mason's bound to find trouble, especially now that he has the power to channel electricity through his Tremist gloves, but when his new classmates begin to disappear under mysterious circumstances, trouble might find him first. The Tremist are working on a secret project, but what Mason discovers goes beyond that, to an ancient, powerful enemy.

With that very enemy threatening to invade, Mason must call on his friends, both human and Tremist, to fight. They call him a hero, and now that's what he must be even if it requires the ultimate sacrifice.

In this stellar follow-up to The Planet Thieves, Dan Krokos imbues The Black Stars with all the tension and action that made his first middle-grade novel such a gripping tale.

After pumping gas for nine years to put himself through college, DAN KROKOS now writes full-time. He enjoys watching TV, playing MMORPGs, and drinking coffee. His YA novel, False Memory, debuted from Hyperion in fall 2012. He is the author of The Planet Thieves and The Black Stars.
Loading...
or
Not Currently Available for Direct Purchase