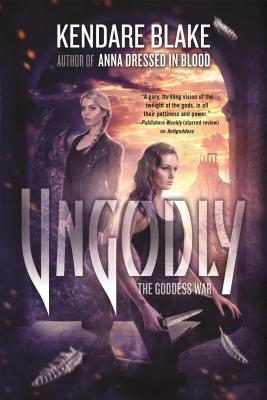 The Goddess War concludes in Ungodly, by the #1 New York Times bestselling author of Three Dark Crowns and Anna Dressed in Blood


Praise For Ungodly: A Novel (The Goddess War #3)…

Kendare Blake holds an MA in creative writing from Middlesex University in northern London. She is the critically acclaimed author of Anna Dressed in Blood, Girl of Nightmares, and Antigoddess. She lives and writes in Lynnwood, Washington.
or
Not Currently Available for Direct Purchase