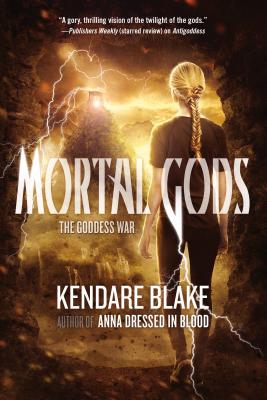 As ancient immortals are left reeling, a modern Athena and Hermes search the world for answers in Mortal Gods, the second installment of a beautiful and dark new series by the #1 New York Times bestselling author of Three Dark Crowns and Anna Dressed in Blood

“Why you should read it: Kendare is a new author to watch out for. I loved the Anna Dressed in Blood series, and Antigoddess was just fantastic. Mortal Gods picks up right where we left off, and the mythology is just as interesting and unique. Cassandra is fantastic, though my favorite is still Athena. The violence and action scenes are juicy, and I have to say every secondary character is developed and done well, even those who died. And the ending???? All I can say is that I can't wait for Ungodly.” —USA Today Happy Ever After Blog, "Must Read Romance"