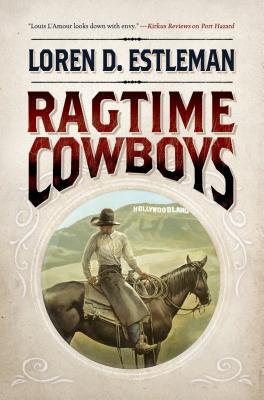 Los Angeles, 1921: Ex-Pinkerton Charlie Siringo is living in quiet retirement when Wyatt Earp knocks on his door and asks him to track down his missing horse. What begins as horse thievery turns into a deeper mystery as Siringo and another ex-Pinkerton, the young Dashiell Hammett, follow clues that take them from the streets of Los Angeles to Jack London's farm, until they discover a conspiracy masterminded by the notorious and powerful Joseph P. Kennedy.

From the first page to the closing chapter, these ragtime cowboys chase the truth in Loren D. Estleman's compelling tale of the Old West and early Hollywood.

Loren D. Estleman is the author of more than fifty novels, including the Amos Walker, Page Murdock, and Peter Macklin series. Winner of three Shamus Awards, three Western Heritage Awards, four Spur Awards and many other literary prizes. He lives outside Detroit with his wife, author Deborah Morgan.
Loading...
or
Not Currently Available for Direct Purchase