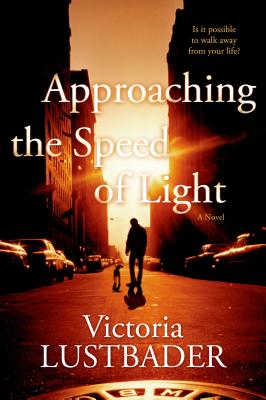 Approaching the Speed of Light

It's said that the flapping of a butterfly's wing can start a chain reaction that leads to an unstoppable storm. In the same way, random twists of fate and transitory acts of kindness and cruelty can shape our destinies, just as we affect the people around us . . . sometimes in ways we can't possibly imagine.

Jody is a likable young man getting by in New York City at the turn of the millennium. On the surface, he seems to have it together, with friends, family, a decent job, and a steady string of girlfriends. But a secret history has left Jody scarred and broken inside, lacking faith in the future or himself. Like the ceaseless pull of a black hole, his buried secrets hold him back, defining him, until his trajectory crosses the path of three very different women, who, in their own ways, hold out the tantalizing possibility of healing, connection . . . or self-destruction.

VICTORIA LUSTBADER's "Approaching the Speed of Light" is a thoughtful, deeply moving tale about the things we cannot leave behind and how, sometimes, we have to go through the black hole to come out the other side.


Praise For Approaching the Speed of Light…

“Victoria Lustbader has crafted a well-written and highly readable story that also serves as a profoundly intelligent exploration of love.”
—Lisa Scottoline on Stone Creek


“A thoughtful exploration of the emotional intricacies of love lost, found and fought for. Graceful language and expertly shifting points of view grant readers an all-access pass to the thoughts and fear of each member of this complex love triangle.”
—Dan’s Hamptons on Stone Creek

VICTORIA LUSTBADER, a former book editor, divides her time between New York City and Southhampton, NY. Her previous novels include Hidden and Stone Creek.
Loading...
or
Not Currently Available for Direct Purchase