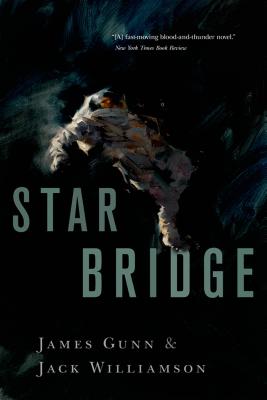 The galaxy's inhabited planets are held together by the repressive Eron Company, the apparent holder of the secret to faster–than–light travel through the Tubes, the network linking the scattered worlds together. Mysterious parties have hired the adventurer Horn to assassinate the company's general manager, Garth Kohlnar. Horn completes his mission, and in the ensuing manhunt encounters Wendre Kohlnar, the daughter and now possibly the heir of the dead man.

Escaping through a transdimensional Tube, Horn finds himself on the planet Eron, a world consumed by the Eron Company. There he encounters a corrupt aristocracy, a brewing power struggle over the succession, a covert revolution, and the mystery of who actually knows the secret of the Tubes.

Jack Williamson published his first short story in 1928, and he's been producing entertaining, thought-provoking science fiction ever since. He is the author of Terraforming Earth. The second person named Grand Master by the Science Fiction Writers of America--the first was Robert A. Heinlein--Williamson has always been in the forefront of the field, being the first to write fiction about genetic engineering (he invented the term), anti-matter, and other cutting-edge science. A renaissance man, Williamson is a master of fantasy and horror as well as science fiction. He lives in Portales, New Mexico.