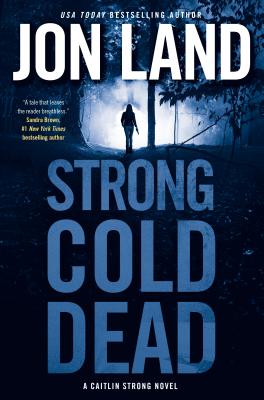 The terrorist organization ISIS is after a deadly toxin that could be the ultimate weapon of mass destruction. The same toxin holds the potential to eradicate cancer. There is a frantic race to see who can get to it first, even as Caitlin Strong begins to assemble the disparate pieces of a deadly puzzle.

At the center of that puzzle is an Indian reservation where a vengeful tycoon is mining the toxin, disguising his effort as an oil-drilling operation. This is the same reservation where Caitlin’s great-great-grandfather, also a Texas Ranger, once waged a similar battle against the forces of John D. Rockefeller.

In her highest-stakes adventure yet, Caitlin Strong faces off against a host of adversaries that just might include the beautiful Comanche girl with whom the son of her ex-outlaw boyfriend Cort Wesley Masters has fallen in love, along with a mythic monster culled from Native American folklore that the tribe believes has risen to protect its land. The lives of those Caitlin loves most are threatened by the villains she’s pursuing; her own moral code is challenged. The fate of both the country and the state she loves is dangling on the precipice of a strong cold death.

“A modern-day Lone Ranger, Caitlin Strong takes on everything from drug gangs to ISIS in Strong Cold Dead. Jon Land has once again crafted a winner, with a seamless blending of historical fact and pulse-pounding fiction that will leave the reader begging for more.” —Brad Taylor, New York Times bestselling author

JON LAND is the USA Today bestselling author of more than 37 novels, including Strong Enough to Die, Strong Justice, Strong at the Break, Strong Vengeance, Strong Rain Falling (winner of the 2014 International Book Award and 2013 USA Best Book Award for Mystery-Suspense), and Strong Darkness (winner of the 2014 USA Books Best Book Award and the 2015 International Book Award for Thriller). He's a 1979 graduate of Brown University, lives in Providence, Rhode Island.
Loading...
or
Not Currently Available for Direct Purchase