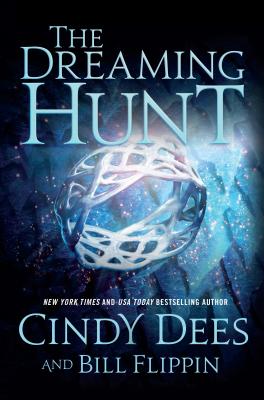 The Dreaming Hunt is the second title of the epic fantasy trilogy by New York Times and USA Today bestselling author Cindy Dees and Bill Flippin.

To defeat the tyrannical Kothite Empire, Raina of Tyrel, a gifted mage, and Will Cobb, a young woodsman, continue on their magical quest to wake the legendary Sleeping King. They and their team have caught the attention of powerful forces determined to stop them. And worse, their visit to the Dream Plane has unleashed chaos, and the fight is spilling over into the mortal realm.

Raina and her friends frantically outrun old enemies and pick up new ones: imperial hunters, a secret cabal of mages, a criminal league, and a changeling army. Are they just pawns in larger political dramas, or are they crystallizing into the nucleus of a rebellion? Can the young heroes find the regalia necessary to wake the Sleeping King before the epic battle that is to come?

“Engaging and complex. . . for fans of Robert Jordan’s Wheel of Time or Terry Brooks’ Shannara series.” —RT Book Reviews on The Sleeping King

CINDY DEES is the New York Times and USA Today bestselling author of fifty suspense and thriller novels. She also draws upon her twenty-plus years of live action role-playing experience to write epic fantasy novels. She has participated in the Dragon Crest world since 1996, and is the co-author of The Sleeping King.

BILL FLIPPIN is the creator of Dragon Crest, turning his fictional world into a national live-action role playing game, with ongoing Dragon Crest events and campaigns all over the United States. He is the co-author of The Sleeping King.
Loading...
or
Not Currently Available for Direct Purchase