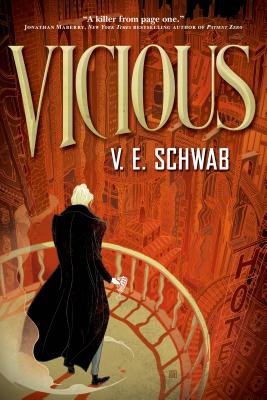 "Vicious is dark and intricate and daring, twisting back and forth through time and morality and life and death until you can't turn the pages fast enough. I loved it."—Dan Wells, New York Times bestselling author of I Am Not A Serial Killer

“Schwab gathers all the superhero/supervillain tropes and turns them on their sundry heads…. I could not put it down.” —F. Paul Wilson, New York Times bestselling author of the Repairman Jack series