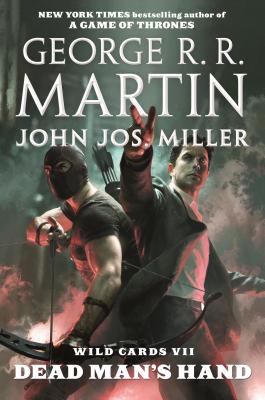 Chrysalis, the glass-skinned queen of the Joker underworld, has been found brutally murdered in her popular restaurant, the Crystal Palace. New two men are out to find her killer: Jay Ackroyd, the Ace private investigator who discovered her ruined body, and the vigilante archer known as the Yeoman, who has been framed for the crime.

Their quest leads them on a nightmare odyssey of madness, violence, passion, and political intrigue that will forever alter the fates of Aces and Jokers everywhere.

Experience this gripping tale of mystery and suspense, brought to you from the incredible imaginations of George R. R. Martin and John Jos. Miller in their first collaborative novel.

An alien virus has changed the course of history, and the surviving population of Manhattan struggles to understand the new world left in its wake. Natural humans share the rough city with those given extraordinary—and sometimes terrifying—traits. While most manage to coexist in an uneasy peace, not everyone is willing to adapt.

“This is a wild ride of good, blood-pumping fun that packs a surprisingly emotional punch for a book that looks on the surface like just another superhero adventure.” —Publishers Weekly on High Stakes

JOHN JOS. MILLER is best known for his involvement as a contributor to the Wild Cards universe. He also wrote GURPS Wild Cards, a supplement for the GURPS role-playing system.