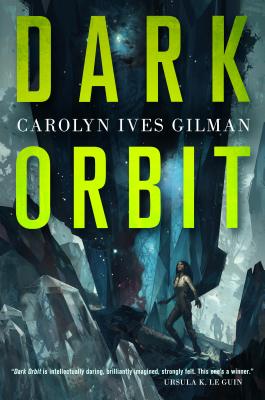 “Dark Orbit is a striking work of science fiction, and knowledge—self-knowledge, and how the knowledge of other people can shape a person—is at its heart. It is sharp and glittering and rather more interested in the philosophy of its physics than it is in the science. It’s also a novel about First Contact and the limits of science’s ability to classify data that cannot be seen. And damn, is it one hell of a novel.” —Tor.com

CAROLYN IVES GILMAN is a Nebula and Hugo Award-nominated writer of science fiction and fantasy. Her novels include Halfway Human and the two-volume novel Isles of the Forsaken and Ison of the Isles. Her short fiction appears in many Best of the Year collections and has been translated into seven languages. She lives in Washington, D.C., and works for the National Museum of the American Indian.
Loading...
or
Not Currently Available for Direct Purchase