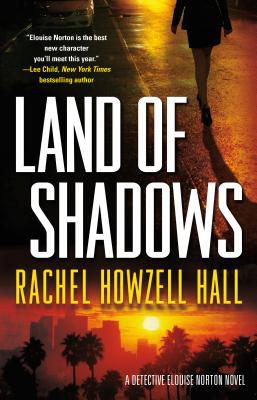 For one thing, the condo site is owned by Napoleon Crase, a self-made millionaire. . .and the man who may have murdered Lou's missing sister, Tori, thirty years ago. As Lou investigates the death of Monique Darson, she uncovers undeniable links between the two cases. But her department is skeptical.

Lou is convinced that when she solves Monique's case she will finally bring her lost sister home. But as she gets closer to the truth, she also gets closer to a violent killer. After all this time, can he be brought to justice. . .before Lou becomes his next victim?

RACHEL HOWZELL HALL is the author of the acclaimed Lou Norton series, the standalone thriller They All Fall Down, and co-author of The Good Sister with James Patterson, which appeared in the New York Times bestselling anthology The Family Lawyer. She is the senior development officer for the Donor Relations Department at Cedars Sinai. Currently she serves on the Board of Directors for the Mystery Writers of America, is a member of Sisters in Crime, and has participated as a mentor in the Association of Writers and Writing Programs’ Writer-to-Writer Program. She lives in Los Angeles.
Loading...
or
Not Currently Available for Direct Purchase