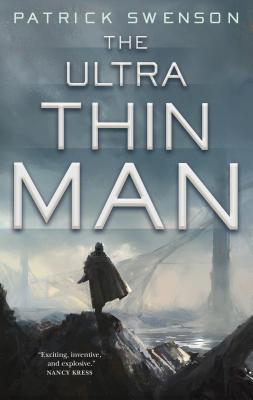 In the twenty-second century, a future in which mortaline wire controls the weather on the settled planets and entire refugee camps drowse in drug-induced slumber, no one—alive or dead, human or alien—is quite what they seem. When terrorists manage to crash Coral, the moon, into its home planet of Ribon, forcing evacuation, it's up to Dave Crowell and Alan Brindos, contract detectives for the Network Intelligence Organization, to solve a case of interplanetary consequences. Crowell and Brindos's investigation plunges them neck-deep into a conspiracy much more dangerous than anything they could have imagined.

The two detectives soon find themselves separated, chasing opposite leads: Brindos has to hunt down the massive Helkunn alien Terl Plenko, shadow leader of the terrorist Movement of Worlds. Crowell, meanwhile, runs into something far more sinister—an elaborate frame job that puts our heroes on the hook for treason.

In this novel from Patrick Swenson, Crowell and Brindos are forced to fight through the intrigue to discover the depths of an interstellar conspiracy. And to answer the all-important question: Who, and what, is the Ultra Thin Man?


Praise For The Ultra Thin Man: A Science Fiction Novel…

PATRICK SWENSON is the publisher and proprietor of Fairwood Press, a small Fantasy and Science Fiction publisher based in Washington state. He is the author of The Ultra Thin Man.
Loading...
or
Not Currently Available for Direct Purchase