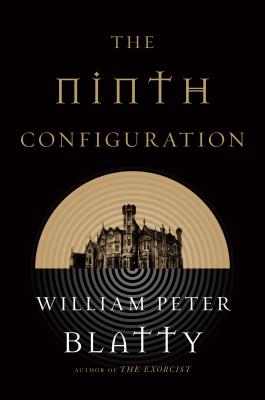 Hidden away in a brooding Gothic manor in the deep woods is Center Eighteen, a secret military "rest camp" currently housing twenty-seven inmates, all officers who have succumbed to a sudden outbreak of mental illness. Have the men truly lost their minds, are they only pretending to be insane to avoid combat, or is some more sinister conspiracy at work?

Desperate for answers, the Pentagon has placed a brilliant Marine psychiatrist in charge of the base and its deranged occupants. A man of deep faith and compassion, Colonel Kane hopes to uncover the root of the men's bizarre obsessions. But as Center Eighteen descends into chaos, Kane finds the greatest challenge may be his own buried demons. . . .

The basis of an acclaimed 1980 film (also known as Twinkle, Twinkle, "Killer" Kane), William Peter Blatty's The Ninth Configuration is a thought-provoking, blackly comic journey into the heart of madness—and the outer limits of belief.

William Peter Blatty (1928-2017) is best known for his mega-bestselling novel The Exorcist. Blatty also cowrote the screenplay of the hilarious Inspector Clouseau film, A Shot in the Dark. Known for his early comic novels, the New York Times proclaimed that "nobody can write funnier lines than William Peter Blatty," describing him as "a gifted virtuoso who writes like S. J. Perelman."

Praise For The Ninth Configuration…

“It's a metaphysical murder mystery and a cosmic love story. You have never read anything quite like it.” —Santa Monica Evening Outlook

“Fasten your seat belt before opening this book!” —Associated Press