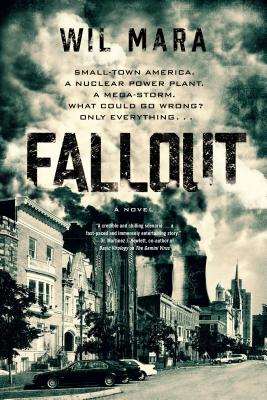 Wil Mara returns with a top-notch thriller that will keep you flipping pages.

Silver Lake, Pennsylvania, is hit by a monster storm. When a massive lightning strike hits one of the nuclear reactors that provides power to Silver Lake and much of the state, essential components fail. Explosions and containment breaches follow. Radiation pours into the storm-wracked air.

Preparing for a storm was one thing, but all the duct tape, plastic tarps, and particle board in the world won't protect the townspeople from the fallout. Sarah Redmond, acting mayor of Silver Lake, and her husband, an EMT, find themselves battling the storm and nuclear disaster simultaneously: flash floods and evacuations, downed trees and radiation sickness.

Staff at the power plant scramble to determine the extent of the damage and stop the leaks. Everything's being streamed onto the internet by Marla Hollis, a local journalist who happened to be in the right place at the wrong time. Trapped at the plant, she's determined to get the story out at any cost.

Nuclear disaster, not in far-off Chernobyl or Fukushima, but on American soil. How much of Pennsylvania will become a radioactive nightmare for generations to come?

Wil Mara is the author of more than seventy books for adults and young readers, including Wave, which won the New Jersey National Book Award. His work has been translated into more than a dozen languages.
Loading...
or support indie stores by buying on