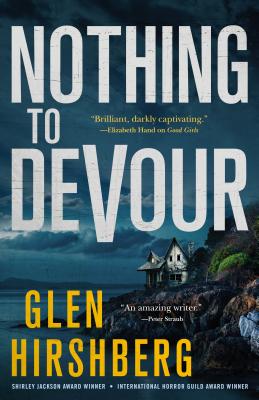 Glen Hirshberg's critically-acclaimed trilogy comes to a shattering conclusion that proves that this International Horror Guild and Shirley Jackson Award winner understands the true depths and heights of this thing called life.

Librarian Emilia is alone in a library that is soon to close its doors forever. Alone save for one last patron, his head completely swathed in bandages, his hands gloved, not one inch of skin exposed. Emilia feels sorry for him—like her, he is always alone.

Today, he sees, really sees, Emilia.
What he does to her then is unspeakable.

Thousands of miles away, another victim rises—a dead woman who still lives. Sophie is determined to protect the people she loves best in the world—but she is a monster.

Vampires can’t be trusted.
Even if they love you.

Aunt Sally loved all the monsters she’d created in the hundreds of years since she died and rose again. She loved her home in the bayou. When her existence was exposed to the human world, she didn’t hesitate to destroy her home, and her offspring, to save herself. Herself, and one special girl, Aunt Sally’s last chance to be a perfect mother.

These people are drawn together from across the United States, bound by love and hatred, by the desire for reunification and for revenge.

In their own ways, they are all monsters.
Some deserve to live.
Some do not.

Praise for the Motherless Children novels

“Grandly sweeping, capable of tremendous reach, and open to all aspects of human experience. Motherless Child shows Hirshberg at the peak of his form.”—Peter Straub

“Glen Hirshberg continues to knock it out of the park with Good Girls. This is why vampire fiction will never die.”—Jonathan Maberry

"A finely observed, truly horrific take on vampires. His version of these creatures of the night continues to impress as actually scary. Our protagonists are brave, clever and loving — but that may not be nearly enough to save them.”—RT Book Reviews, 4 ½ stars, Top Pick!

“This intense novel weaves its themes of love, loss, family obligation, and personal sacrifice into a richly textured tale of supernatural horror. The novel’s suspenseful finale is a bravura display of storytelling finesse; its visceral horrors are intensified by the care that Hirshberg has taken to develop the emotional lives of the characters.”—Publishers Weekly, starred review

“[Good Girls] packs as hard a punch as its predecessor, although it easily stands on its own. Not your average story of vampires, this tale of family, love, and near redemption will please genre and literary enthusiasts alike.”—Library Journal

“A creepy, atmospheric novel that never lets up. Powerful…full of creeping horror and believable characterizations. This hair-raising horror novel causes serious shivers with its portrait of humans and vampires pushed to their limits.”—Shelf Awareness

“Moves at a crackling pace, mixing road novel with buddy story (and female buddies, at that) and adding a healthy dollop of good old-fashioned horror. A vampire novel that deserves your attention.”—Cemetery Dance Magazine on Motherless Child

GLEN HIRSHBERG received his B.A. from Columbia University, where he won the Bennett Cerf Prize for Best Fiction, and his M.A. and M.F.A. from the University of Montana. His first novel, The Snowman’s Children, was a Literary Guild Featured Selection. His collection, The Two Sams, won three International Horror Guild Awards and was named a Best Book of the Year by Publishers Weekly. Hirshberg has won the Shirley Jackson Award and been a finalist for the World Fantasy and the Bram Stoker Awards.
Loading...
or
Not Currently Available for Direct Purchase