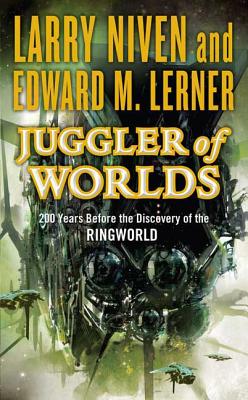 200 Years Before the Discovery of the Ringworld (Known Space #2)

For too long, the Puppeteers have controlled the fate of worlds. Now Sigmund is pulling the strings . . .
Covert agent Sigmund Ausfaller is Earth's secret weapon, humanity's best defense against all conspiracies, real and potential - and imaginary - of foes both human and alien. Who better than a brilliant paranoid to expose the devious plots of others?

He may finally have met his match in Nessus, representative of the secretive Puppeteers, the elder race who wield vastly superior technologies. Nessus schemes in the shadows with Earth's traitors and adversaries, even after the race he reperesents abruptly vanishes from Known Space.
As a paranoid, Sigmund had always known things would end horribly for him. Only the when, where, how, why, and by whom of it all had eluded him. That fog has begun to lift...

But even Sigmund has never imagined how far his investigations will take him - or that his destiny is entwined with the fates of worlds.

Edward M. Lerner worked in high tech for thirty years, as everything from engineer to senior vice president, for much of that time writing science fiction as a hobby. Since 2004 he has written full-time, and his books run the gamut from technothrillers, like Small Miracles, to traditional SF, like his InterstellarNet series, to, with Larry Niven, the grand space epic Fleet of Worlds series of Ringworld companion novels.   Ed’s short fiction has appeared in anthologies, collections, and many of the usual science fiction magazines. He also writes the occasional nonfiction article, on topics as varied as asteroid deflection, privacy (or lack thereof) in the Internet age, and the role of communications in SF.
Loading...
or
Not Currently Available for Direct Purchase