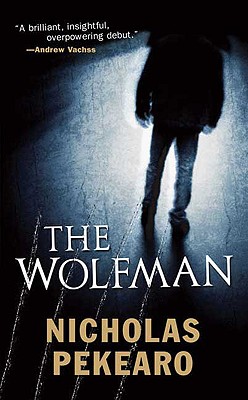 Since being dishonorably discharged after a tour in Vietnam, Marlowe Higgins has been in and out of prison, moving from town to town, going wherever the wind takes him. He's not the kind of guy who can stay in one place too long. Every full moon he kills someone. For years he struggled with his affliction, until he found a way to use his unfortunate curse for good--he only kills really bad people.

After years on the road, Higgins finds a home in the small town of Evelyn, Tennessee. He even has a friend, Daniel Pearce, one of Evelyn's two detectives. Then, one night, everything changes. Higgins is not the only monster lurking in the area. The Rose Killer, a fiendish serial killer, is brutally murdering young women all around the county. Higgins targets the killer as his next victim. But on the night of the full moon, things go drastically wrong . . . .

NICHOLAS PEKEARO was a young, prolific writer who left the world too soon. While volunteering as an NYPD Auxillary Police Officer, he was killed in the line of duty, in the very neighborhood he grew up in, New York City's Greenwich Village. "The Wolfman" is his first published novel.
Loading...
or
Not Currently Available for Direct Purchase