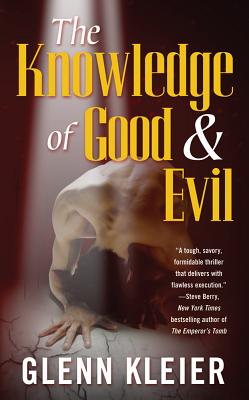 What lies Beyond, and what does it hold for humanity? The Knowledge of Good & Evil is an odyssey of one man driven to penetrate the barrier of death and return alive with its secrets….

Ian Baringer has never fully recovered from losing his parents in a horrific accident. Despite the help of Angela Weber, the brilliant psychologist who loves him, he’s in the grip of an obsession. He must know for certain if the soul survives death. And incredibly, he's found a way. But trespassing the afterlife unleashes a disastrous chain of events, leaving Ian and Angela but one choice: Defy the gates of heaven and hell to steal a Knowledge hidden from the world since the dawn of creation.

GLENN KLEIER is the author of the internationally acclaimed thriller "The Last Day." He makes his home in Louisville, Kentucky.

Praise For The Knowledge of Good & Evil…

“One of the most intriguing tales of the decade!”
—Clive Cussler, New York Times bestselling author of Crescent Dawn


"Kleier's…undeniably gripping second spiritual thriller is bound to provoke just as many arguments as his controversial first novel, The Last Day."


“A tough, savory, formidable thriller that delivers with flawless execution.”