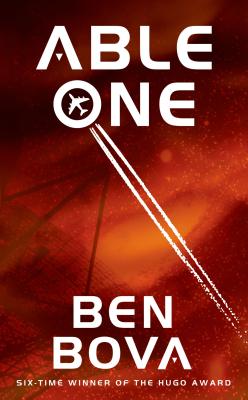 "Able One" is a timely thrill-ride by Ben Bova, one of science fiction's most respected novelists.

When a rogue North Korean faction explodes a nuclear missile in space, the resulting shockwave destroys the world's satellites. Global communication is thrown into chaos, and entire economies are crippled. United States military satellites, designed to withstand such an assault, relay a horrifying image two more nuclear missiles are sitting on the launch pad in North Korea, ready to be deployed. Faced with the threat of a thermonuclear attack, the United States has only one possible defense: Able One.

ABL-1, or Able One, is a modified 747 fitted with a high-powered laser able to knock out missiles in flight. But both the laser's technology and the jet's crew are untested. What was originally to be a training flight with a skeleton crew turns into a desperate race to destroy the two remaining nukes. Will Able One's experimental technology be enough to prevent World War III especially when it becomes clear that a saboteur is onboard?


Praise For Able One…

“Bova proves himself equal to the task of showing how adversity can temper character in unforeseen ways.”—The New York Times

Ben Bova is the author of more than a hundred works of science fact and fiction, including Able One, Leviathans of Jupiter and the Grand Tour novels, including Titan, winner of John W. Campbell Memorial Award for best novel of the year. He received the Lifetime Achievement Award of the Arthur C. Clarke Foundation in 2005, and in 2008 he won the Robert A. Heinlein Award "for his outstanding body of work in the field of literature." He is President Emeritus of the National Space Society and a past president of Science Fiction Writers of America, and a former editor of Analog and former fiction editor of Omni. As an editor, he won science fiction's Hugo Award six times. Dr. Bova's writings have predicted the Space Race of the 1960s, virtual reality, human cloning, the Strategic Defense Initiative (Star Wars), electronic book publishing, and much more. He lives in Florida.
Loading...
or
Not Currently Available for Direct Purchase