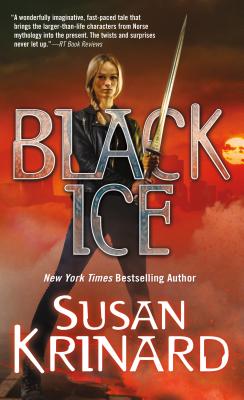 Centuries ago, in Asgard, the Norse gods and goddesses fought their Last Battle with the trickster god Loki and his frost giants. All were believed lost, except for a few survivors…including the Valkyrie Mist, forgotten daughter of the goddess Freya.

But the battle isn't over, and Mist—living a mortal life in San Francisco—is summoned to prepare for a new war, with the fate of earth hanging in the balance. Struggling to control her own growing power as she assembles a desperate team of allies, Mist faces enemies within and without, unable to fully trust even those closest to her.

It will take all of Mist's courage, determination, and newfound magical abilities to stop Loki before history repeats itself.

SUSAN KRINARD is the author of twenty-seven fantasy and paranormal romance novels, including Mist, and eleven novellas. Krinard grew up in the San Francisco bay area. She currently lives in Albuquerque, New Mexico, with her husband Serge Mailloux, two cats, and three dogs.

“[Mist] is stubborn and determined to fight for her adopted world. It's a fast-paced, gripping thriller, with a few interesting twists and turns and some excellent divine conspiracy.” —Booklist on Mist

“The talented Krinard draws from the world of Norse mythology as she introduces a dark new urban fantasy series featuring a disillusioned Valkyrie. [P]lenty of deceit, drama and action!” —RT Book Reviews on Mist