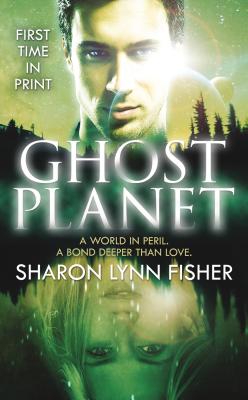 Psychologist Elizabeth Cole prepared for the worst when she accepted a job on a newly discovered world a world where every colonist is tethered to an alien who manifests in the form of a dead loved one. But she never expected she'd struggle with the requirement to shun these "ghosts." She never expected to be so attracted to the charming Irishman assigned as her supervisor. And she certainly never expected to discover she died in a transport crash en route to the planet.

As a ghost, Elizabeth is symbiotically linked to her supervisor, Murphy creator of the Ghost Protocol, which forbids him to acknowledge or interact with her. Confused and alone oppressed by her ghost status and tormented by forbidden love Elizabeth works to unlock the secrets of her own existence.

But her quest for answers lands her in a tug-of-war between powerful interests, and she soon finds herself a pawn in the struggle for control of the planet a struggle that could separate her forever from the man that she loves.

“Fisher’s Ghost Planet grabs you right from the start and doesn’t let go. An entrancing, addicting read, it keeps you on the edge of your seat with a fresh and fascinating take on the human-alien problem, while at the same time seduces you with a poignant love story. It’s a psychological thriller, a science fiction adventure, and endearing romance all rolled up in one. Highly recommended!”
—Linnea Sinclair, award-winning author of the Dock Five series

“[A] won't-let-you-go story … hooked me right up front and kept on twisting and turning all the way to the satisfying end. Fantastic!…a wonderful read!”
—Kat Richardson, national bestselling author of the Greywalker paranormal detective novels

An RWA RITA Award finalist and a three-time RWA Golden Heart Award finalist, Sharon Lynn Fisher lives in the Pacific Northwest. She writes books for the geeky at heart--sci-fi flavored stories full of adventure and romance--and battles writerly angst with baked goods, Irish tea, and champagne. Her works include Ghost Planet (2012), The Ophelia Prophecy (2014), and Echo 8 (2014).
Loading...
or
Not Currently Available for Direct Purchase