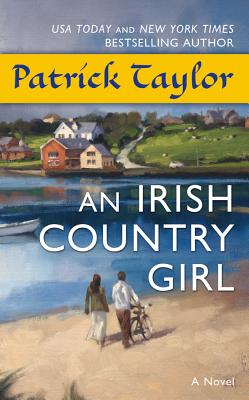 Readers of Patrick Taylor's books know Mrs. Kinky Kincaid as the unflappable housekeeper who looks after two frequently frazzled doctors in the colourful Irish village of Ballybucklebo. She is a trusted fixture in the lives of those around her, and it often seems as though Kinky has always been there.

Some forty-odd years before and many miles to the south, the girl who would someday be Kinky Kincaid was Maureen O'Hanlon, a farmer's daughter growing up in the emerald hills and glens of County Cork. A precocious girl on the cusp of womanhood, Maureen has a head full of dreams, a heart open to romance, and something more: a gift for seeing beyond the ordinary into the mystic realm of fairies, spirits, and even the dreaded Banshee, whose terrifying wail she first hears on a snowy night in 1922….

“Taylor, like Kinky, is a bang-up storyteller who captivates and entertains from the first word.” —Publishers Weekly on An Irish Country Girl

“Quietly, almost surreptitiously, Patrick Taylor has become probably the most popular Irish-Canadian writer of all time.” —The Globe and Mail (Toronto)

“Full of stories and vivid characters, An Irish Country Village recalls a good night in a pub.” —Booklist