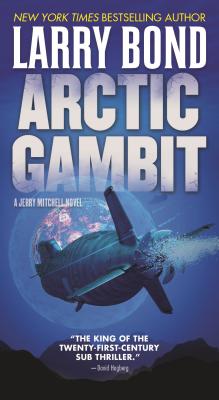 Jerry Mitchell, commodore of submarine Development Squadron Five, grieves when USS Toledo is sunk just outside of Russian territorial waters. His best friend was its captain. But there's a larger game afoot: Russian engineers have modified a torpedo into a stealthy first-strike weapon that would allow their country to launch a nuclear decapitation strike on the USA.

The new Russian president has plans for Europe and is more than willing to use nuclear blackmail, or an actual attack, to keep the Americans from interfering. To avoid a Russian war in Europe and a nuclear catastrophe at home, Mitchell must find a way to destroy the weapon—or millions will face the consequences.

“No one is better than Larry Bond at writing the geopolitical military thriller. . . . [He] is a master story teller. The best, bar none!” ---David Hagberg, New York Times bestselling author of Tower Down

Larry Bond is the author of several bestselling military thrillers, including Crash Dive, Cold Choices, Dangerous Ground, Red Phoenix and the Larry Bond’s First Team and Larry Bond’s Red Dragon Rising series. He was a naval officer for six years, serving four on a destroyer and two on shore duty in the Washington DC area. He's also worked as a warfare analyst and antisubmarine technology expert, and he now writes and designs computer games, including Harpoon and Command at Sea. He makes his home in Springfield, Virginia.
Loading...
or support indie stores by buying on
(This book is on backorder)