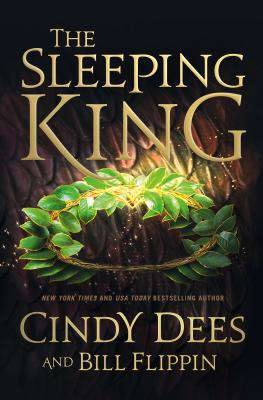 The Sleeping King is the start of a new fantasy series by New York Times and USA Today bestselling author, Cindy Dees.

Dees has won a Golden Heart Award, two RITAs for Category Suspense and Adventure and has also twice snared RT's Series Romantic Suspense of the Year. She is a great storyteller, and the adventures in her more than fifty novels are often inspired by her own life. Dees is an Air Force vet—the youngest female pilot in Air Force history—and fought in the first Gulf War. She's had amazing adventures, and she's used her experiences to tell some kickass stories.

But as much as she love romances, Cindy's other passion has been fantasy gaming. For almost twenty years she's been involved with Dragon Crest, one of the original live action role-playing games. She's the story content creator on the game, and wanted to do an epic fantasy based on it, with the blessing and input of Dragon Crest founder Bill Flippin.

The Sleeping King is the first in an epic fantasy series, featuring the best of the genre: near immortal imperial overlords, a prophecy of a sleeping elven king who's said to be the savior of the races . . . and two young people who are set on a path to save the day.

CINDY DEES is the New York Times and USA Today bestselling author of fifty suspense and thriller novels. She also draws upon her twenty-plus years of live action role-playing experience to write epic fantasy novels. She has participated in the Dragon Crest world since 1996, and is the co-author of The Sleeping King.

BILL FLIPPIN is the creator of Dragon Crest, turning his fictional world into a national live-action role playing game, with ongoing Dragon Crest events and campaigns all over the United States. He is the co-author of The Sleeping King.

Praise For The Sleeping King: A Novel…

"Fans of LARPing will look at this book as an endorsement of their passion for fantasy. Those who like a complex story with a long list of multifaceted characters, this is not a bad place to start either." —Amazing Stories magazine
or
Not Currently Available for Direct Purchase
Copyright © 2020 American Booksellers Association