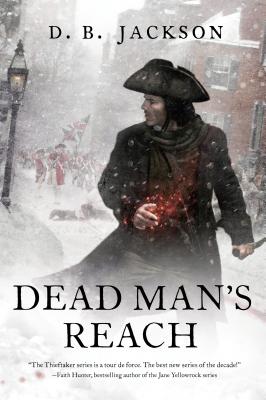 Boston, 1770: The city is a powder keg as tensions between would-be rebels and loyalist torries approach a breaking point and one man is willing to light the match that sets everything off to ensure that he has his revenge.

The presence of the British Regulars has made thieftaking a hard business to be in and the jobs that are available are reserved for Sephira Pryce. Ethan Kaille has to resort to taking on jobs that he would otherwise pass up, namely protecting the shops of Torries from Patriot mobs. But, when one British loyalist takes things too far and accidentally kills a young boy, even Ethan reconsiders his line of work. Even more troubling is that instances of violence in the city are increasing, and Ethan often finds himself at the center of the trouble.

Once Ethan realizes why he is at the center of all the violence, he finds out that some enemies don't stay buried and will stop at nothing to ruin Ethan's life. Even if that means costing the lives of everyone in Boston, including the people that Ethan loves most.