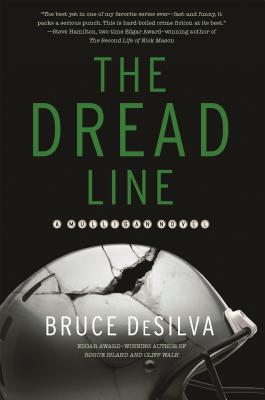 Since he got fired in spectacular fashion from his newspaper job last year, former investigative reporter Liam Mulligan has been piecing together a new life--one that straddles both sides of the law. He's getting some part-time work with his friend McCracken's detective agency. He's picking up beer money by freelancing for a local news website. And he's looking after his semi-retired mobster-friend's bookmaking business.

But Mulligan still manages to find trouble. He's feuding with a cat that keeps leaving its kills on his porch. He's obsessed with a baffling jewelry heist. And he's enraged that someone in town is torturing animals. All this keeps distracting him from a big case that needs his full attention. The New England Patriots, shaken by a series of murder charges against a star player, have hired Mulligan and McCracken to investigate the background of a college athlete they're thinking of drafting. At first, the job seems routine, but as soon as they begin asking questions, they get push-back. The player, it seems, has something to hide--and someone is willing to kill to make sure it remains secret.