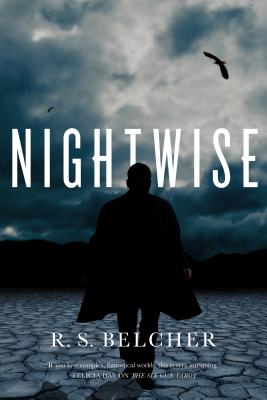 “A worthy addition to Belcher's highly imaginative series, with a large cast that is both magical and mundane and a well-drawn historical setting. Weird West fans will happily gobble this up.” —Library Journal on The Shotgun Arcana

“Golgotha is the Wildest of the Wild West.” —Publishers Weekly on The Shotgun Arcana

“Belcher proves he's no one-trick pony with the second installment of his wildly adventurous and humorously horrifying Golgotha series . . .Charismatic characters and a stunning blend of history, legend, religion and modern sensibility intertwine to create a world that embraces the strange and fantastical.” —RT Book Reviews on The Shotgun Arcana

“Keep an eye on Belcher because if this, his first novel, is any indication, he will be a must-read. THE SIX-GUN TAROT is nothing short of fantastic: a complex page-turner with philosophical, metaphysical, and mystical underpinnings. Placing his tale in Nevada in 1869, Belcher deftly describes a complex set of characters and a setting so sharp you can feel the dust in your mouth.” —Booklist on The Six-Gun Tarot

“A fun, rollicking, dark, and disturbing romp through a magical western world . . . a whirlwind of shootouts, assassins, cults, zombies, magic, attractive ladies, dubious morals, and demonic possession, sure to keep you on your toes.” —San Francisco Book Review on The Six-Gun Tarot

“An astonishing blend of first-rate steampunk fantasy and Western adventure. The author reinvents Wild West stereotypes into fresh, original characters and imbues the landscape with its own mystical characteristics. VERDICT: Though this fantasy debut should especially appeal to fans of both ‘Weird West' fiction and steampunk, the power of the author's storytelling and strong characters deserve as wide an audience as possible.” —Library Journal (starred review) on The Six-Gun Tarot

“The Wild West was never as wild as Golgotha, nor as mysterious . . . Against the backdrop of Chinese and Mormon mythology and the Civil War, with a bit of Frankenstein for color, the mix of theology, frontier justice, and zombies is merely cover for an intense and irreverent exploration of good, evil, and free will.” —Publishers Weekly (starred review) on The Six-Gun Tarot