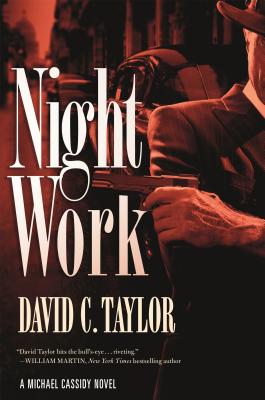 Michael Cassidy, a New York cop plagued by dreams that sometimes come true, escorts a prisoner accused of murder to Havana on the cusp of Fidel Castro's successful revolution against the Batista dictatorship. After delivering the man to La Cabaña prison and rescuing Dylan McCue, a Russian KGB agent and his now-married former lover, from her scheduled execution, Cassidy returns to New York and retreats into the comforts of alcohol and sex.

The arrival of Fidel Castro in New York three months later complicates the cop's life once more. Cassidy's investigation of a young man's murder in Central Park is interrupted when he is assigned to Castro's protective detail.

Castro has many enemies. American mobsters who have been run out of Havana, businessmen who worry about their investments in Cuba, and members of Batista's secret police all want him dead. Cassidy is already investigating one murder. Can he prevent another?

“A hair-raising, heart-stopping bullet-train of a novel with action and atmosphere to burn.” —Douglas Preston, New York Times bestselling author of The Kraken Project

“Smart, capable,honest and all cop, NYPD Detective Michael Cassidy is a cross between Jack Reacher and Philip Marlow, only tougher.” —Stephen Coonts, New York Times bestselling author of The Art of War

“The suspense mounts with the body count. Readers will want to see more of the distinctive Cassidy, whose wealthy background as the son of a Broadway producer puts him at odds with his fellow cops.” —Publishers Weekly

“Set against the backdrop of the Cold War and the rising power of Sen. Joseph McCarthy, this debut novel’s atmosphere is suffused with paranoia and bitterness. With a strong opening and definite sense of place, Taylor has much to offer as a writer.” —Library Journal

“Mixing fictional and reality-based characters and providing a wealth of period detail . . . Taylor makes a strong debut with the first in a series featuring a hard-edged but properly vulnerable detective.” —Kirkus Reviews

“It’s hard to beat postwar New York for noir atmosphere with a touch of glamour behind the menace. This one’s all about mood, and Taylor brings it.” —Booklist