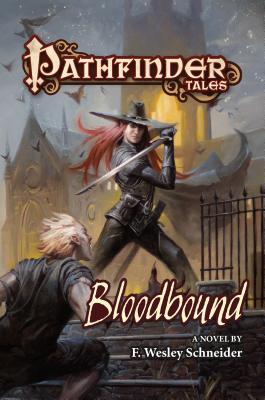 Larsa is a dhampir-half vampire, half human. In the gritty streets and haunted moors of gothic Ustalav, she's an agent for the royal spymaster, keeping peace between the capital's secret vampire population and its huddled human masses. Yet when a noblewoman's entire house is massacred by vampiric invaders, Larsa is drawn into a deadly game of cat-and-mouse that will reveal far more about her own heritage than she ever wanted to know.

F. WESLEY SCHNEIDER has published countless gaming products for both Pathfinder and Dungeons & Dragons, and is a former assistant editor of Dragon magazine. Bloodbound is his first novel.
Loading...
or
Not Currently Available for Direct Purchase