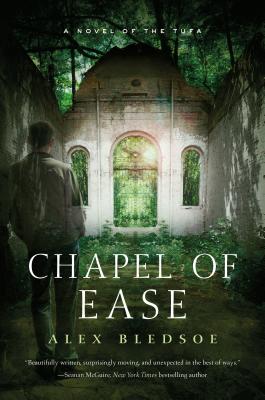 When Matt Johansson, a young New York actor, auditions for "Chapel of Ease," an off-Broadway musical, he is instantly charmed by Ray Parrish, the show's writer and composer. They soon become friends; Matt learns that Ray's people call themselves the Tufa and that the musical is based on the history of his isolated home town. But there is one question in the show's script that Ray refuses to answer: what is buried in the ruins of the chapel of ease?


Praise For Chapel of Ease: A Novel of the Tufa (Tufa Novels #4)…

"Long Black Curl makes me so happy that there are authors writing real North American-based mythic fiction...one that sits so well it feels like it's always been a part of us." - Charles de Lint

"Beautifully written, surprisingly moving, and unexpected in the best of ways." -Seanan McGuire, New York Timesbestselling author, on Wisp of a Thing

"Captures the allure and the sometimes sinister beauty of the Appalachian backwoods. -Library Journal, starred review, on Wisp of a Thing

"It's no secret that music stirs the soul, and combining that with a folk-tale setting makes a deeply heart-rending novel." - RT Book Reviews (four stars) on Long Black Curl

"Haunting. . . . It's a mixture: folk tales and folk songs, updated with a dose of Sex and the City. Or, you might say, a rustic version of 'urban fantasy,' with its suggestion that there's mystery just around the corner, hidden behind even the dullest small-town facade." - The Wall Street Journal on The Hum and the Shiver

"A lot of fun." - Booklist on Long Black Curl