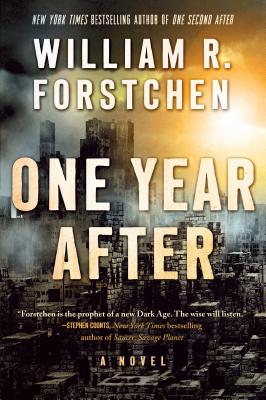 “William Forstchen's novel, Pillar to the Sky tells the story of a world sinking into apocalypse, which can only be saved by a radical and terrifying experiment. This is a fascinating, fiercely passionate, well-honed thriller full of innovative insights, suspense and cutting edge science. I highly recommend it.” —Douglas Preston, #1 New York Times bestselling author of Impact and The Codex on the works of William R. Forstchen

“Civilization slides into the abyss of a new dark age in this horrifying apocalyptic novel. Forstchen has put Bin Laden's dream on paper and, in the process, taken civilization straight to the rack.” —Stephen Coonts, author of The Assassin on the works of William R. Forstchen

William R. Forstchen is the author of the New York Times bestseller One Second After and We Look Like Men of War, among numerous other books in diverse subjects ranging from history to science fiction. He has co-authored several books with Newt Gingrich, including Gettysburg: A Novel of the Civil War, Pearl Harbor, Days of Infamy, To Try Men’s Souls and Valley Forge. Forstchen holds a Ph.D. in History from Purdue University, with specializations in military history and the history of technology. He is currently a Faculty Fellow and Professor of History at Montreat College, near Asheville North Carolina. He is a pilot and flies an original WWII recon "warbird." He resides near Asheville with his daughter Meghan.
Loading...
or
Not Currently Available for Direct Purchase