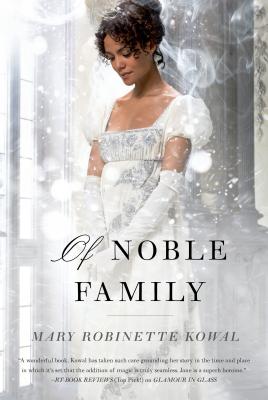 Jane and Vincent have finally gotten some much-needed rest after their adventures in Italy when Vincent receives word that his estranged father has passed away on one of his properties in the West Indies. His brother, who manages the estate, is overwhelmed, and no one else in his family can go. Grudgingly, out of filial duty the couple decide to go.
The sea voyage is long and Jane spends enough time unable to perform glamour that towards the end of the trip she discovers that she is with child. They are overjoyed, but when they finally arrive at the estate to complete what they expect to be routine legal tasks, they realize that nearly everything they came expecting to find had been a lie. Also, the entire estate is in disarray, with horrifying conditions and tensions with the local slave population so high that they are close to revolt.
Jane and Vincent's sense of peril is screaming out for them to flee, but Vincent cannot stand to leave an estate connected with his family in such a condition. They have survived many grand and terrifying adventures in their time, but this one will test their skills and wits more than any they have ever encountered before, this time with a new life hanging in the balance. Mary Robinette Kowal's Of Noble Family is the final book of the acclaimed Glamourist Histories.

"A twisty, emotionally loaded conclusion to a delightful series."—Publishers Weekly

"Kowal paints a lovely picture of a couple who truly complement and support each other, capping off a terrific series."—Library Journal