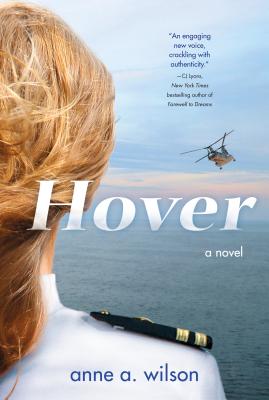 Helicopter pilot Lt. Sara Denning joins a navy battle group with little fanfare—and that's just the way she likes it. After her brother Ian's tragic death, her career path seemed obvious: step into his shoes and enter the Naval Academy, despite her fear of water. Sara's philosophy is simple—blend in, be competent, and above all, never do anything to stand out as a woman in a man's world.

Somewhere along the way, Sara lost herself—her feminine, easygoing soul is now buried under so many defensive layers, she can't reach it anymore.

When she meets strong, self-assured Lt. Eric Marxen, her defenses start to falter. Eric coordinates flight operations for a Navy SEAL team that requests Sara as the exclusive pilot. This blatant show of favoritism causes conflict with the other pilots; Sara's sexist boss seems intent on making her life miserable, and her roommate and best friend, the only other woman on the ship, is avoiding her. It doesn't help that her interactions with Eric leave her reeling.

The endgame of the SEALs' mission is so secret, even Sara doesn't know the reason behind her mandated participation. Soon, though, the training missions become real, and Sara must overcome her fears before they plunge her into danger. When Sara's life is on the line, can she find her true self again and follow the orders of her heart before it is too late?

Anne A. Wilson was born and raised in Phoenix, Arizona. She graduated from the United States Naval Academy and served nine years active duty as a navy helicopter pilot, which included deployment to the Persian Gulf. The Naval Helicopter Association named Anne and her crew Helicopter Aircrew of the Year, an award given for search and rescue. She and her husband currently own Camelback Coaching, a triathlon coaching company. Hover is her debut novel.
Loading...
or support indie stores by buying on