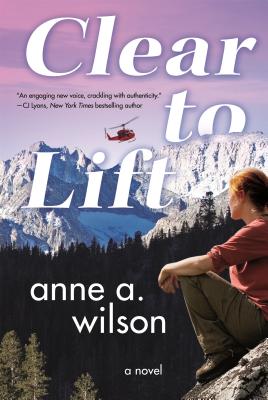 Navy helicopter pilot Lt. Alison Malone has been assigned to a search and rescue team based at Naval Air Station Fallon, Nevada, near the rugged peaks of the Sierra Nevada, and far from her former elite H-60 squadron. A rule follower by nature, Alison is exasperated and outraged every time she flies with her mission commander, "Boomer" Marks, for whom military procedures are merely a suggestion. Alison is desperate to be transferred out of the boonies, where careers stagnate, and back to her life and fiancé in San Diego.

Alison's defenses start to slip when she meets mountain guide Will Cavanaugh during a particularly dicey mission. Will introduces her to a wild, beautiful world of adventure that she has never known before. Stranded on a mountain during a sudden dangerous blizzard, Alison questions every truth she thought she knew about herself. When Will braves the storm to save her life, she must confront the fact that she has been living a lie. But is it too late to change course?

Full of action and adventure, dangerous and heart-stopping rescues, blizzards and floods, family secrets and second chances, Clear to Lift by Anne A. Wilson is a thrilling woman's journey as she finds confidence, truth, love, and herself against the majestic backdrop of the Sierra Nevada.


Praise For Clear to Lift: A Novel…

Named a “Fall 2016 Book Pick” by Campfire Chic
“When we’re looking for a great beach read, romantic, fast-paced, gripping page-turners fill the bill.”
—Parade, “10 of the Best Beach Reads to Indulge in This Summer”

"Set in the majestic mountains of Sierra Nevada, Anne Wilson’s Clear to Lift is a thrilling story of a woman’s self-discovery and journey to her heart’s true desires.”
—SheKnows, “Summer Reads 2016”

“If you enjoy campfire stories of adventure and self-discovery, this book makes the perfect companion on your next camping trip.
—Sunset Magazine, “10 summer reads to take on a camping trip”

"Clear to Lift is action-packed with rescue scenes that will keep your heart racing, paired with a thrilling adventure of self-discovery.”
—Chico’s (InsideChic), “Summer Reads"

“If you’re not quite ready to say, “See ya!” to summer, read these five women’s fiction books as you soak up those last rays of sunshine.”
—Buzzfeed, “Say Goodbye To Summer With 5 Romantic Beach Reads”

"For a tangled love story filled with action and adventure, turn to Clear to Lift as your summer 2016 read.”
—Your Tango

“The writing is top notch, the story smooth, the action intense."
—BookBabe

“[Wilson] tosses in quite a few twists and turns along the way, and gives depth to her story with many thrilling accounts of helicopter assisted mountain rescue in the Sierra Nevada. Clear to Lift is another inspiring and heartwarming read.”
—BookLoons

“I really enjoyed this book…[Wilson] was a Navy Helicopter Pilot for 9 years and was able to use her experience to place in this book…You don't see that very often with authors!”
—Country Girl Bookaholic

"Wilson does a great job of writing a capable, strong, smart female lead -- but making her relatable."
—Team Skelley

“I loved the emotional journey Alison faces as well as the rescue journeys she encounters. There is one scene near the end that will leave your heart pounding and feeling like you were on the rescue mission yourself. A truly wonderful book with wonderful characters and scenery!”
—Cumberland University Vise Library

“This book is filled with energy and it will keep you reading and reading.”

Anne A. Wilson was born and raised in Phoenix, Arizona. She graduated from the United States Naval Academy and served nine years active duty as a navy helicopter pilot, which included deployment to the Persian Gulf. The Naval Helicopter Association named Anne and her crew Helicopter Aircrew of the Year, an award given for search and rescue. She and her husband currently own Camelback Coaching, a triathlon coaching company. Hover is her debut novel.
Loading...
or
Not Currently Available for Direct Purchase