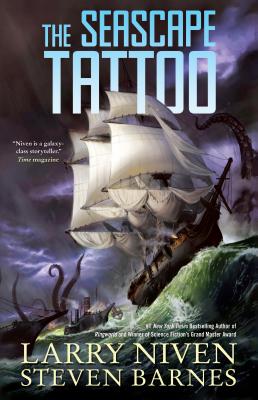 Aros of Azteca and Neoloth-Pteor are the deadliest of enemies: Swordsman and Sorcerer, locked in mortal combat, who have tried to kill each other more times than either can count. But when the princess Neoloth loves is kidnapped, there is only one plan that offers any hope of rescue . . . and that requires passing off the barbarian Aros as a lost princeling and infiltrating the deadliest cabal of necromancers the world has ever seen. They cannot trust each other. They will betray or kill each other the first chance they get. But they're all each other has.

Praise for the Novels of Larry Niven and Steven Barnes

“[Science fiction] handled with a skill found only in the best of the genre.” —The Washington Times on Beowulf’s Children

“A book that demands to be devoured in big, meaty chunks…[there is] an un-put-down-able quality between the covers of The Moon Maze Game.” ?New York Journal of Books