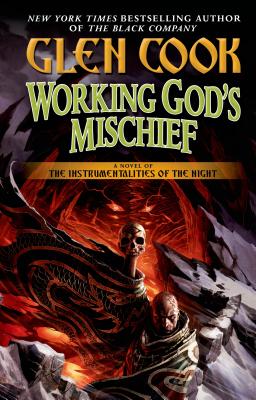 Book Four of The Instrumentalities of the Night

But there is something new under the sun. The oldest and fiercest of the Instrumentalities has been destroyed--by a mortal. There is no new Windwalker, nor will there ever be.

The world, battered by savage change, limps toward its destiny. And the ice is coming.

Working God's Mischief is the savage, astounding new novel of the Instrumentalities of the Night, by Glen Cook, a modern master of military fantasy.