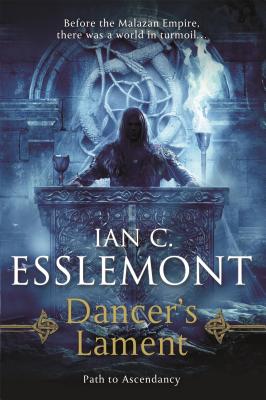 Path to Ascendancy Book 1 (A Novel of the Malazan Empire)

The first book of the Path to Ascendancy trilogy, Dancer's Lament, focuses on the genesis of the empire and features Dancer, the skilled assassin, who, alongside the mage Kellanved, would found the Malazan empire.


Praise For Dancer's Lament: Path to Ascendancy Book 1 (A Novel of the Malazan Empire)…

“Esslemont nails the feel and flavor of Erikson's books and brings the historical characters to life with a dexterity that will win over even the most skeptical fans.” —Publishers Weekly on Night of Knives

“Whether it's Erikson or Esslemont at the controls, it's in safe hands.” —SFX on Night of Knives

“Esslemont evokes the gore and grit of the battlefield while cannily expanding the labyrinthine Malazan world and untangling the wickedly intertwined stories just enough to keep readers from feeling lost.” —Publishers Weekly, starred review, on Return of the Crimson Guard

IAN C. ESSLEMONT grew up in Winnipeg, Manitoba. He has studied archaeology and creative writing, has traveled extensively in Southeast Asia, and lived in Thailand and Japan for several years. He lives in Alaska with his wife and children and writes novels set in the world of Malaz, a world he co-created with Steven Erikson, including Blood and Bone and Assail.
Loading...
or support indie stores by buying on