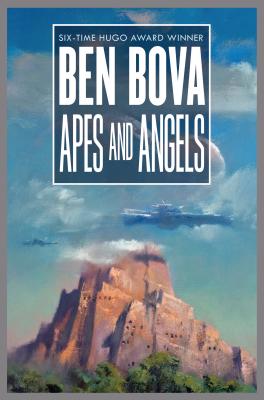 Six-time Hugo Award winner Ben Bova chronicles the saga of humankind's expansion beyond the solar system in Apes and Angels, the second book of the Star Quest Trilogy, which began with Death Wave.

A wave of death is spreading through the Milky Way galaxy, an expanding sphere of lethal gamma radiation that erupted from the galaxy's core twenty-eight thousand years ago and now is approaching Earth's vicinity at the speed of light. Every world it touched was wiped clean of all life. But it’s possible to protect a planet from gamma radiation. Earth is safe.

The crew of the Odysseus has arrived at Mithra Gamma, the third planet of the star Mithra, to protect the stone-age inhabitants from the Death Wave. But they’ll also have to protect themselves.

"Wonderful and worth the read." —SFRevue

"Bova proves himself equal to the task of showing how adversity can temper character in unforeseen ways." —The New York Times

"[Bova's] excellence at combining hard science with believable characters and an attention-grabbing plot makes him one of the genre's most accessible and entertaining storytellers." —Library Journal