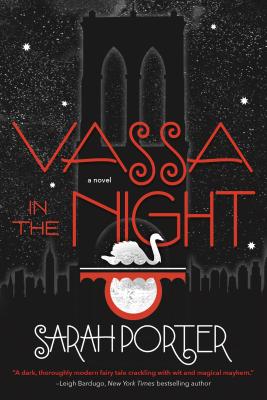 Sarah Porter's Vassa in the Night is a powerful and haunting tale for teen fans of urban fantasy, fairy tales, magic, and horror.

“With a deft hand, lovely prose, and an eye for details, Porter reworks the Russian story of Vassilissa the Beautiful, setting it in an industrial Brooklyn where magic seeps into the mundane.... the end result is an ethereal, almost dreamlike fairy tale that generates a magic all its own."—Booklist, starred review

"In this urban-fantasy take on the Russian folk tale 'Vassilissa the Beautiful,' Porter weaves folk motifs into a beautiful and gripping narrative filled with magic, hope, loss, and triumph."—Kirkus Reviews, starred review

“Starring a cynical yet fearless young heroine whose self reliance and bravery get her through each daring feat, Vassa in the Night is a must-read for fantasy fans looking for a fun story and inspiring characters."
—Bustle